For something a little different, here are some purely landscape images of Burrough's Mars. One of the things I find most interesting about his descriptions of the terrain are the vivid colors. He even describes colors that don't exist here on Earth. While that is impossible to convey visually, I do like the idea of painting the environment with very non-conventional colors, like yellow rocks, orange mountains and so on. 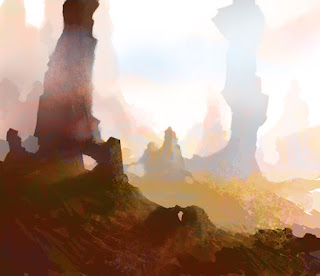 And here is a page of Mars landscape rough marker drawings from my sketchbook. 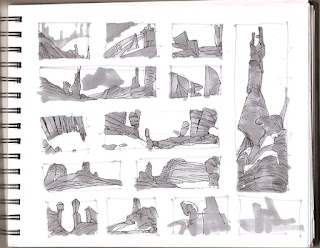 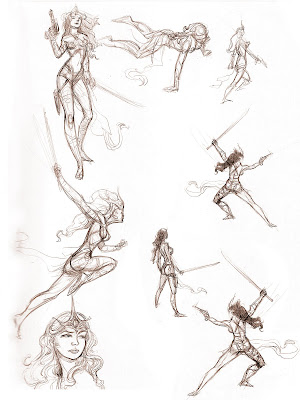