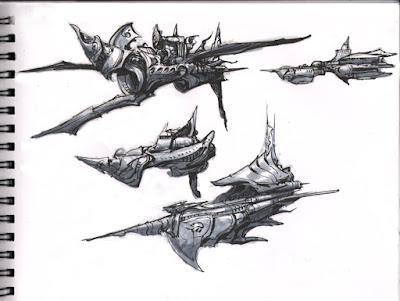 Work continues on art for Warriors of the Red Planet. Fresh from my sketchbook are these concepts for Zodangan battleships. Note, these are just rough sketches - I'll take the best designs and do more polished drawings for the book.
Posted by Thomas Denmark at 10:19 AM 5 comments: 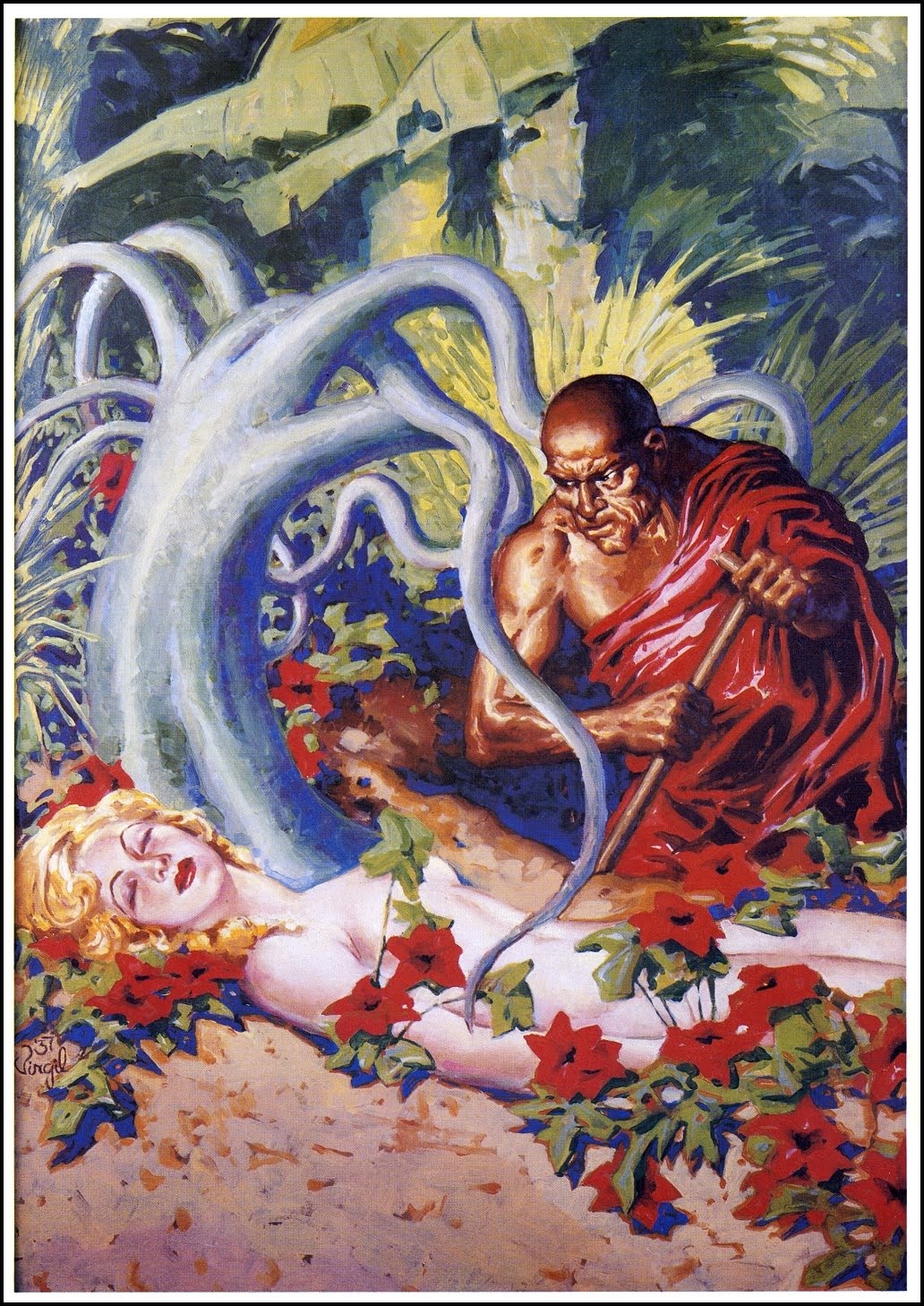 Corruption: The use of Sorcery is often damaging to the mind and body of the arcane practitioner. Upon attaining each level after the first, the Sorcerer must roll on the RANDOM CORRUPTION TABLE and suffer the result!
Posted by Al at 6:56 AM 3 comments: 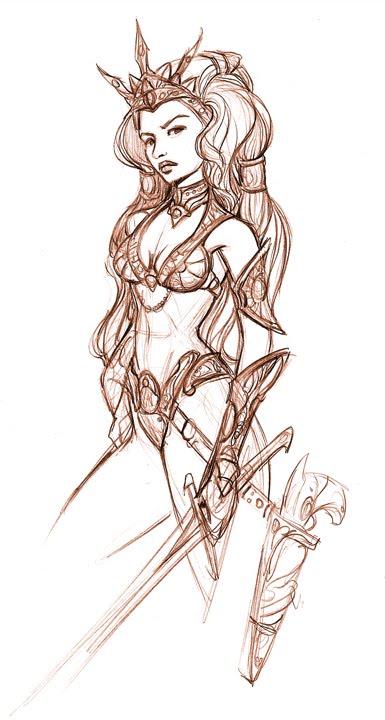 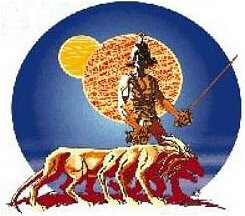 Carl rolls the following abilities (rolling 4d6, adding up the best three dice) and records them in order on a piece of paper:

With strength as his greatest ability, and inspired by ERB’s martian tales of John Carter, Carl elects to become a Fighting Man, and chooses his race as Human. As a Fighting Man, Carl may select a combat bonus to either melee or ranged attacks, and, with visions of flashing swords running through his imagination, selects melee. He then rolls a d6 for Hit Points, getting a “4”, and as a Fighting Man, gets to add three to that number for a total of 7 hit points!

Carl then rolls 2d6, getting a result of “9”, and multiplies this result by 10, which grants him a total of 90gp to purchase his starting equipment with. Scanning over the lists of basic gear, weapons, and armor, he selects a longsword (15gp), an Irradium pistol (20gp), ten bullets (5gp), a basic weapons harness (5gp), as well as 50’ of rope, a grappling hook, and an Irradium torch for illumination (17 more gp). He then subtracts his expenditures from his money, records his equipment on his paper, and figures out his armor class.

Carl decides on the name Parth Parthus as evocative of the tone of the campaign, and hands his character sheet off to the Referee to review:

+1 to-hit and damage with Melee weapons

The Referee confirms the math on Carl’s sheet, reviews the other players’ sheets, and the game is ready to begin! 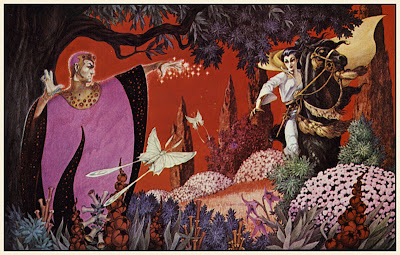 One of the challenges faced when writing Warriors of the Red Planet was making it, seamlessly I hope, serve a few different purposes as an RPG.

First, it needed to be a fun pickup game. Obviously, most people running vintage fantasy RPGs are running them firmly (some less firmly than others) in the Sword & Sorcery realm. I want WotRP to be something that anyone familiar with the fundamental rules structure of D&D's earliest editions and variants can just grab off their shelf, roll on the Random Adventure Generation table, and run a "one-off" session when ever the mood strikes the group.

Second, it needed to be a sourcebook compatible with what people are already using. Some Refs aren't interested in running a Sword & Planet game at all, but love to drop the odd Banth, radium pistol, or airship into their current game at a whim. I want WotRP to be the book that's constantly sitting under your 1E DMG, Swords & Wizardry rulebook, or Moldvay Basic book, waiting to be pulled out and flipped through when a little extra "something" is needed for the regular weekly Greyhawk game.

Third, it needed to facilitate long-term play for those who do want to run full-scale, balls-to-the-wall, Sword & Planet or Dying Earth style campaigns. I want WotRP to be a book that's meaty enough to constantly be sitting on top of your 1E DMG, etc, with those other books being pulled out and flipped through when a little extra "something" is needed for the regular weekly Techno-Sorcerers of Barsoom game.

To fill all three of those design goals, WotRP needed to be both "Basic" and "Advanced" at the same time! How the f#@! are you supposed to do that? The secret, it turns out, was hiding in the character classes of WotRP themselves...