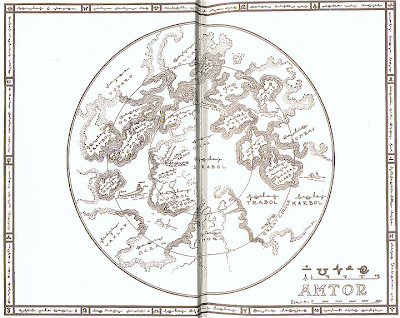 Amtor is the name given for Venus in the Carson Napier of Venus series. While not quite as good as the Mars series, they were still rip roaring fun, particularly Pirates of Venus. This map of Amtor was drawn by Burroughs himself and was used as the end covers of the original hard back editions.
Posted by Thomas Denmark at 8:37 PM